The FCH2RAIL Partners have unveiled the latest achievements related to the testing of the FCHPP in Puertollano and to the preparation of the demonstrator train in Zaragoza.
Watch the following video to see how the FCHPP has been assembled, commissioned and optimized on the stationary test bench:

The next video shows the integration of the FCHPP into the CIVIA’s existing traction system. As a result, this train becomes one of the first bi-mode demonstrator trains with hydrogen fuel cells:

For more than 18 exciting months the FCH2RAIL partners have been working intensively on the development of the Fuel Cell Hybrid PowerPack for Rail Applications.  Now the FCH2RAIL consortium shares recent highlights related to testing of the innovative power pack and the demonstrator train on InnoTrans 2022:

The free of charge live presentation can be visited on 22 September from 13:30 - 14:30 in Hall 7.2a on the InnoTrans exhibition grounds in Berlin .

You are not at InnoTrans and cannot attend on site? No problem, our event will also be available online as a video stream via the InnoTrans website https://plus.innotrans.de/. 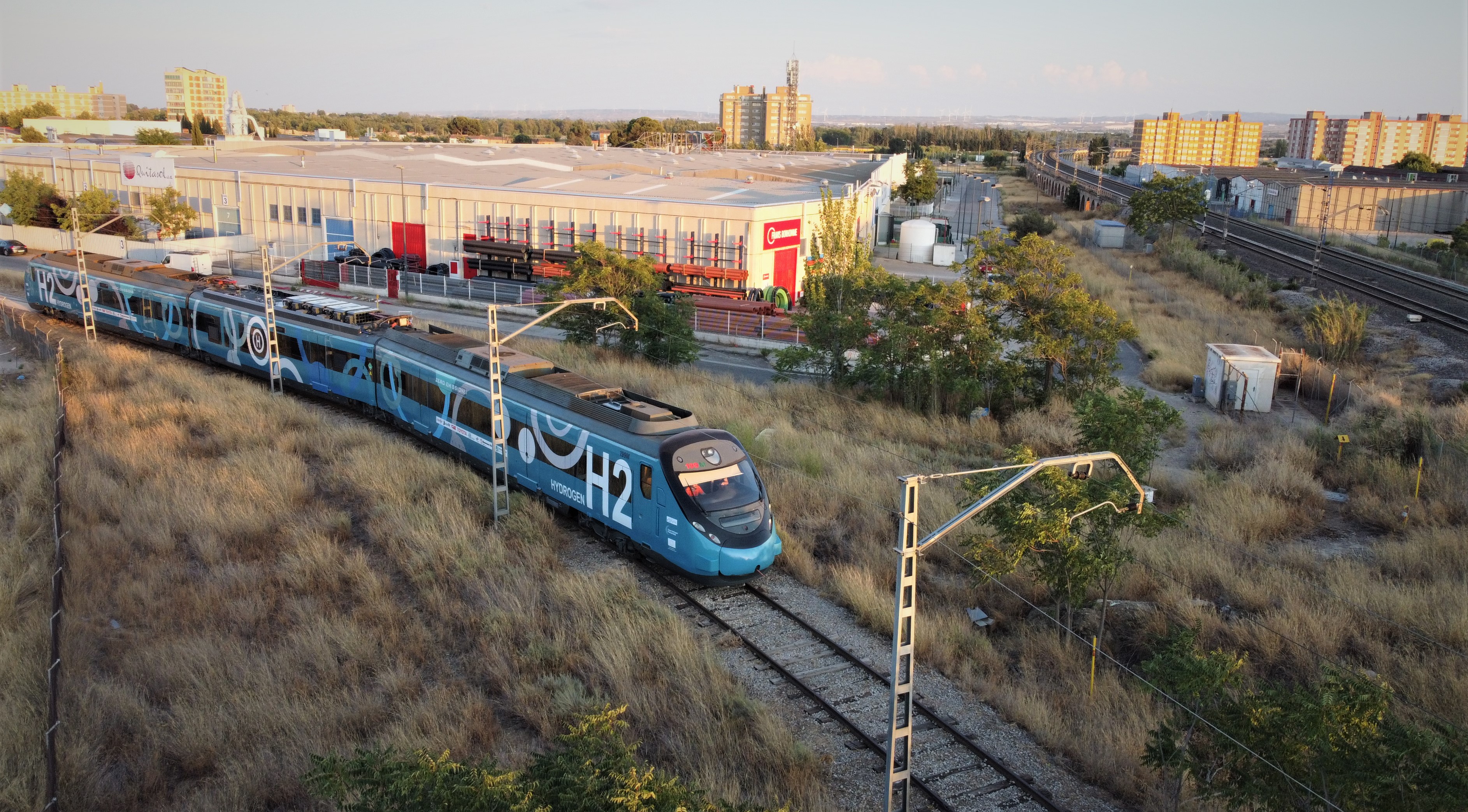 This week, CAF has started dynamic track testing of the hydrogen-powered demonstrator train being developed for the FCH2RAIL project. During the dynamic tests, the hybridization of the fuel cells and the batteries is optimized on representative routes for commercial services. This also means that the new systems will be fully tested under a wide range of different power demand conditions.

The Spanish Railway Magazine ViaLibre reports on the recently started static tests of the FCH2RAIL hydrogen-powered demonstrator train. The bi-mode Civia train unit will be able to run with energy from the catenary on electrified sections and in hybrid mode (fuel cells and batteries) on sections without catenary. The tests are performed in CAF’s Zaragoza plant.

CAF started static tests on the hydrogen-powered demonstrator train being developed for the FCH2Rail project at its plant in Zaragoza. This demonstrator train is based on one of RENFE's ‘Civia’ commuter trains, in which a new power generation system has been installed. This system utilises  energy from hydrogen fuel cells and batteries on non-electrified sections, and a pantrograph, when catenary is available. It has been integrated into the vehicle's existing traction system. This Civia train will be one of the first bi-mode demonstrators with this kind of bi-mode traction system.

The FCH2RAIL Project was selected by the Fuel Cells and Hydrogen Joint Undertaking (FCH JU) of the European Commission which is engaged in driving the development of the hydrogen powered fuel cells and it is supported by European funds through the H2020 program. This aims to develop a bi-mode demonstrator train that will be powered from the overhead line when running in electrified sections, and from the Fuel Cell Hybrid Power Pack when running in the catenary-free sections. Within the scope of this project, CAF Power&Automation has developed and manufactured its own batteries module, which will be part of the Fuel Cell Hybrid Power Pack that will be installed in the demonstrator train, a CIVIA electric commuter train provided by Renfe and being now refurbished by CAF. This Onboard Energy Storage System has been successfully tested in CAF P&A´s power lab. During the testing period, performances and capacities of the system have been tested whether it can operate both as power generator in catenary-free running andas power storage in electrified sections. 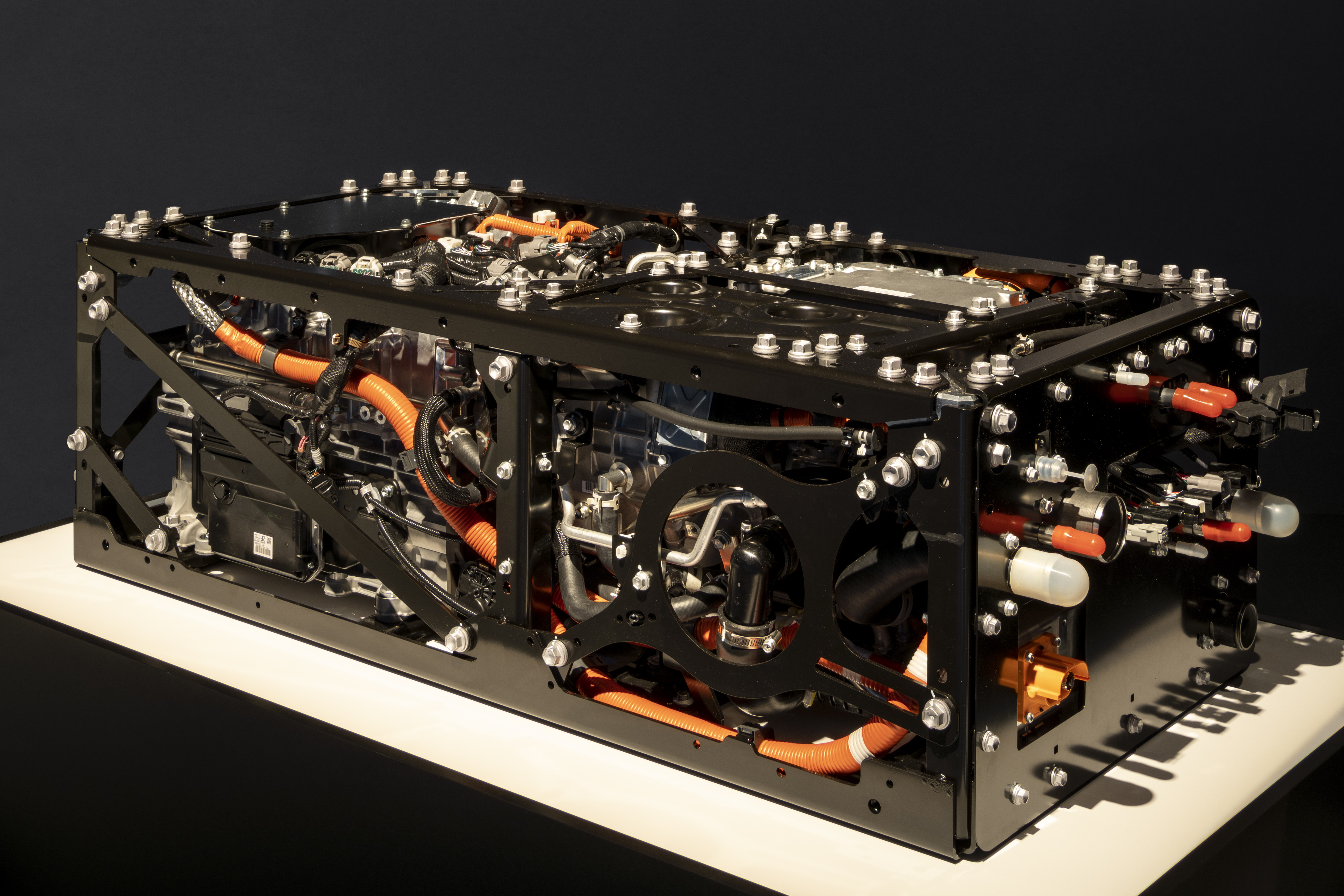 The FCH2RAIL project, already launched in January 2021, is pioneering in the field of emission-free bi-mode trains, which combine normal track use and emission-free rail travel without overhead lines.  Toyota has built, tested and delivered 6 fuel cell modules for the next phase in the project. These modules include the latest Gen2 technology offering more power and higher density in a more compact package. It was decided to use the flat module configuration, allowing the most efficient integration in the demonstration train’s roof.

END_OF_DOCUMENT_TOKEN_TO_BE_REPLACED 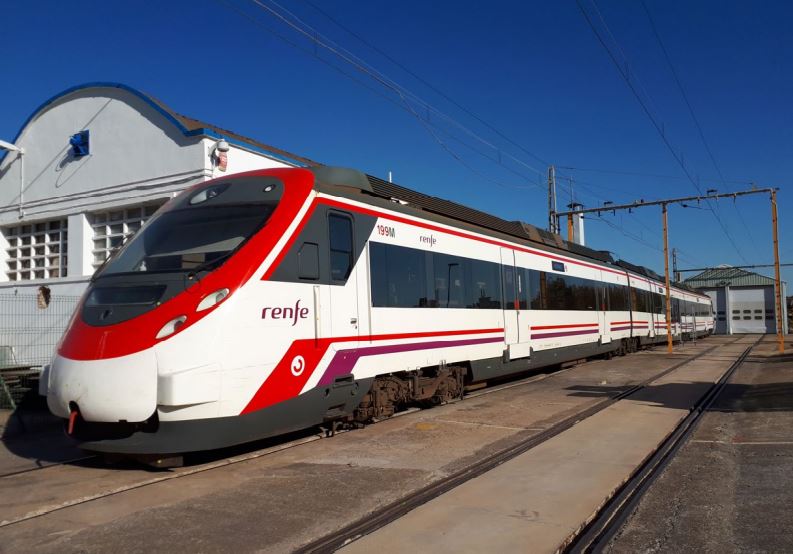 In WP5 Demonstrator Integration, Testing and Homologation, the milestone Train Demonstrator Arrival in CAF, which was originally planned for end of January 2022, could already be achieved in November 2021. The picture shows the CIVIA train unit that will be used to demonstrate and homologate the FCHPP. The photo was taken after hand-over of the train from RENFE to CAF in the CAF factory in Zaragoza (Spain). The hand-over was accompanied by several tasks such as dynamic and static testing of the CIVIA unit.

END_OF_DOCUMENT_TOKEN_TO_BE_REPLACED

Since the launch of the FCH2RAIL project in January 2021, important steps have been taken towards the bi-mode fuel cell hybrid train demonstrator.

WP2 - FC powered Train Demonstrator, Architecture and Concept focuses on the integration of the Fuel Cell Hybrid Powerpack (FCHPP) in the demonstrator train. It started with the generic requirements developed in WP1 and adapted them to the CIVIA train that is used as a demonstrator in the project. The demonstrator use cases and performance requirements have been identified and the feasibility of the FCHPP integration in the train demonstrator has been evaluated. The results of these tasks have been documented in the deliverable D2.1 - Requirements Specification for a Bi-mode FCH Multiple Unit.

In parallel, WP 3 – FC Hybrid Powerpack Development is advancing in the definition of the modular and scalable FCHPP. The project team started to carry out the technological development of the different critical subsystems of the FCHPP. Until today, WP3 has developed a scalable and modular architecture for the FCHPP and defined the interaction and interfaces between the main subsystems (fuel cells, hydrogen storage, energy storage and high voltage DC/DC converters) together with the main functions. Deliverable D3.1 - FCHPP architecture, interfaces and functions has been finalised and submitted to the EU Funding and Tenders Portal at end of June.

The aim of WP7 - Normative Framework is to develop the fundamental basis of a normative framework for the use of hydrogen technology in different kinds of railway applications across Europe. In order to generate the necessary momentum in the railway community, the so called WP7 network with external standardisation experts has been formed. In WP7 the important milestone MS7.1 – Critical interfaces with stakeholders has been achieved at end of September. This milestone depicts the critical interfaces between the hybrid fuel cell train and the stakeholders involved from construction to operation. It is shared with the experts in WP7 network and with the members of FCH2RAIL Advisory Board.

Almost half of the railway lines in the European Union are electrified and enable local emission-free rail transport. On the remaining sections of the lines, diesel powered trains are used. Within the EU project FCH2RAIL (Fuel Cell Hybrid Power Pack for Rail Applications), a consortium with partners from Belgium, Germany, Spain and Portugal is developing and testing a new zero-emission train prototype. At the heart of the project there is a hybrid, bi-modal drive system that combines the electrical power supply from the overhead line with a “fuel cell hybrid power pack” (consisting of hydrogen fuel cells and batteries) that works independent of the overhead line.

END_OF_DOCUMENT_TOKEN_TO_BE_REPLACED

The European Commission’s Fuel Cells and Hydrogen Joint Undertaking (FCH JU) awarded a EUR 10 million grant to the FCH2RAIL consortium, technically led by CAF to design, develop and test a hydrogen fuel train prototype. The project would benefit European funding under the H2020 Programme. The project phases will cover both the design and manufacturing of an innovative prototype, in addition to all the tests required for validation and approval.