An alternative navigation system at sea

Seafaring vessels use satellites to determine their precise position to within a few metres. It is particularly important that exact positional information is constantly available in coastal waters and ports or near offshore wind farms and oil platforms. A glitch or even a complete failure of the navigational system used could have severe consequences. Scientists led by the German Aerospace Center (Deutsches Zentrum für Luft- und Raumfahrt; DLR) have come together in the European R-Mode Baltic project to develop a terrestrial backup system that maritime transport users can switch to in emergencies as an alternative to global navigation satellite systems (GNSS), such as GPS or Galileo.

"An alternative positioning system is important if we consider how maritime transport is likely to develop. Seafaring vessels operating automatically or autonomously require a steady stream of reliable information on their position," says Stefan Gewies, project manager from the DLR Institute of Communications and Navigation. "Interference in GNSS signal reception and the consequent reduction in positioning precision can negatively impact ship navigation, regardless of whether they are controlled by computer or traditional human input."

Relevant risks include changes in signal propagation in the ionosphere in particular, for instance during elevated solar activity, as well as intentional GNSS jamming. In the development of R-Mode (Ranging Mode), scientists are concentrating on the terrestrial navigation system as an alternative to GNSS. It is designed to detect insufficient performance in GNSS-based positioning and to enable absolute positioning at all times.

A key advantage of R-Mode is that scientists can draw on existing maritime infrastructure. For this, the experts will modify current differential GNSS (DGNSS) reference stations as well as automatic identification system (AIS) base stations along the Baltic coastlines of Germany, Poland, Sweden and Denmark. DGNSS reference stations normally broadcast corrective information for precise positioning using GNSS. AIS base stations send security-relevant warnings and other signals to seafaring vessels. Modifying the ground-based stations will enable the radio stations to transmit the new R-Mode signal in addition to the communication signals they already handle.

Signal structure and specific messages are two important aspects of the research conducted in the project. In addition, researchers will collaborate with industrial partners to develop mobile demonstrators that are able to receive R-Mode signals. A particular challenge is that even older equipment, such as mobile devices for DGNSS and AIS services, must continue to work faultlessly, even if broadcast stations transmit different signals or communication messages.

Broadcasting stations must be time-synchronised

"Time-synchronisation over long distances will be a particular challenge," adds Gewies. The demonstration will involve syncing several R-Mode broadcasting stations located more than 100 kilometres apart. Only then will researchers be able to use the R-Mode signal runtime to infer the distance to the broadcasting stations and hence calculate the ship's position. Researchers in the R-Mode Baltic project are searching for a more cost-efficient alternative to the multiple, highly precise atomic clocks fitted to navigation satellites.

Final demonstration in the Baltic Sea

An R-Mode test field – maintained even after the project ends – will be implemented in the Baltic Sea in order to assess the functionality of R-Mode under real circumstances. Covering approximately 50,000 square kilometres, it includes a broad spectrum of challenging areas for maritime transport. Experts from Germany, Norway, Sweden and Poland are working together to build the system. The R-Mode project receives 2.37 million euro of support from the Interreg Baltic Sea Region Programme, provided by the European Regional Development Fund. In addition to the DLR Institute of Communications and Navigation, the R-Mode Baltic project also brings together other scientific research institutions, government agencies and industrial partners.

"During the project, specialists will remain in constant dialogue with the captains, pilots, other future users and maritime administrations, all of whom will be invited to contribute their everyday experience and the requirements a system of this kind needs to meet," says Gewies. This strategy is intended to increase the acceptance of R-Mode at an early stage and to develop a system that meets the needs of all stakeholders. Contributions to the standardisation of R-Mode will ensure the long-term benefit of the project findings. This is a basic precondition for the ongoing development of the regional test field to become a global, ground-based alternative system to GNSS. 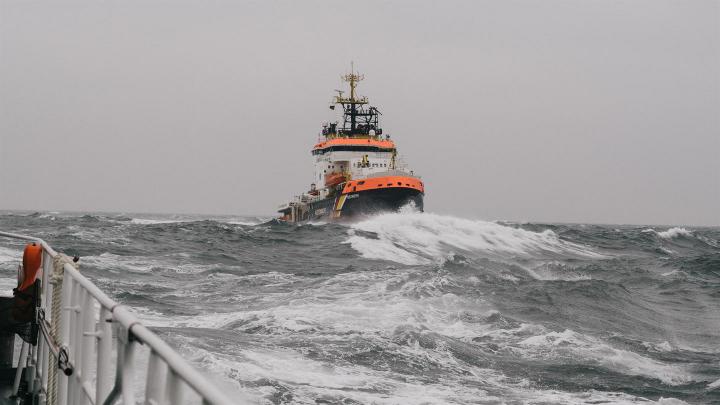 Background Leading principle during navigation of vessels is the avoidance of collision and groundings to protect life, goods, and the maritime living space. However, a virtually unchanged number of ships’ accident has been observed during the last decade. Statistical analyses... END_OF_DOCUMENT_TOKEN_TO_BE_REPLACED