The city square has been dismantled. How did people in Berlin's Charlottenburg experience it? Impressions of an intensive month on the Klausenerplatz - Kiez city square

From the beginning of October to the beginning of November, the Charlottenburg intersection Wundtstraße/Horstweg was transformed into a city square for local residents. By order of the Charlottenburg District Office, the intersection was closed to motorized traffic and made available to local residents for a wide variety of activities. Researchers from the DLR Institute for Transport Research were allowed to accompany the transformation scientifically and organizationally. Among other things, they wanted to find out how people use a temporary city square and what advantages and disadvantages are associated with it. In addition to events and exchange forums, the square also gave local residents plenty of space for spontaneous involvement of their own.

"At the beginning of the research project we didn't only experience positive reactions. Some critical reactions to the city square were especially related to the lack of parking spaces and the diverted traffic. However, the residents had the opportunity to park their cars for the time on a nearby REWE parking lot. Whether this was a satisfactory solution for them , we will find out at the end of the project analysis, probably in February. With the final analyses of the surveys, we will then also learn more about whether the overall high level of approval we experienced during the project was actually shared by the majority of residents," explains Julia Jarass, the DLR project manager.

Residents' initial reactions were recorded by them on so-called opinion posters. During the one month of the research project, there were also some independently organized events and activities on the city square. 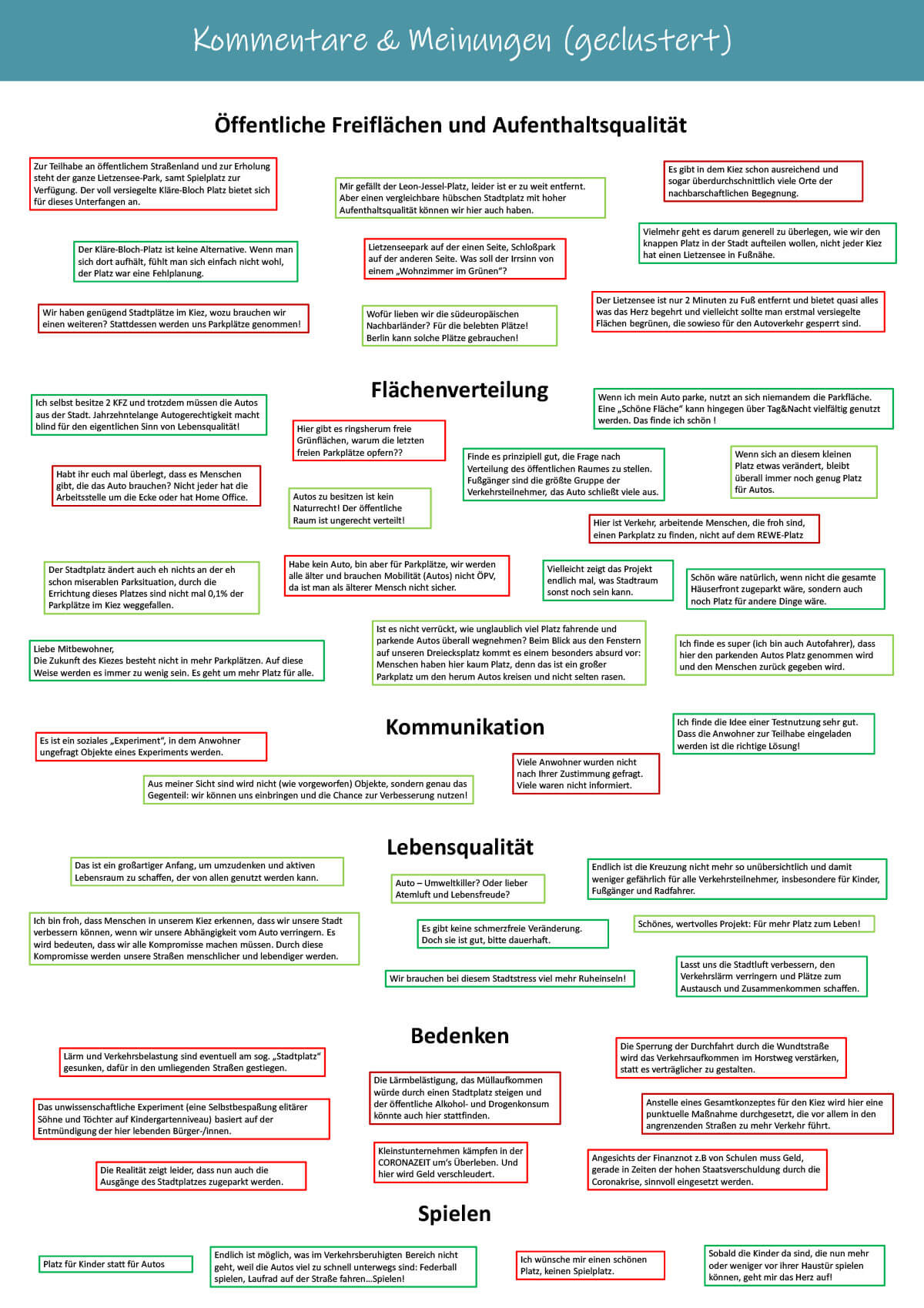 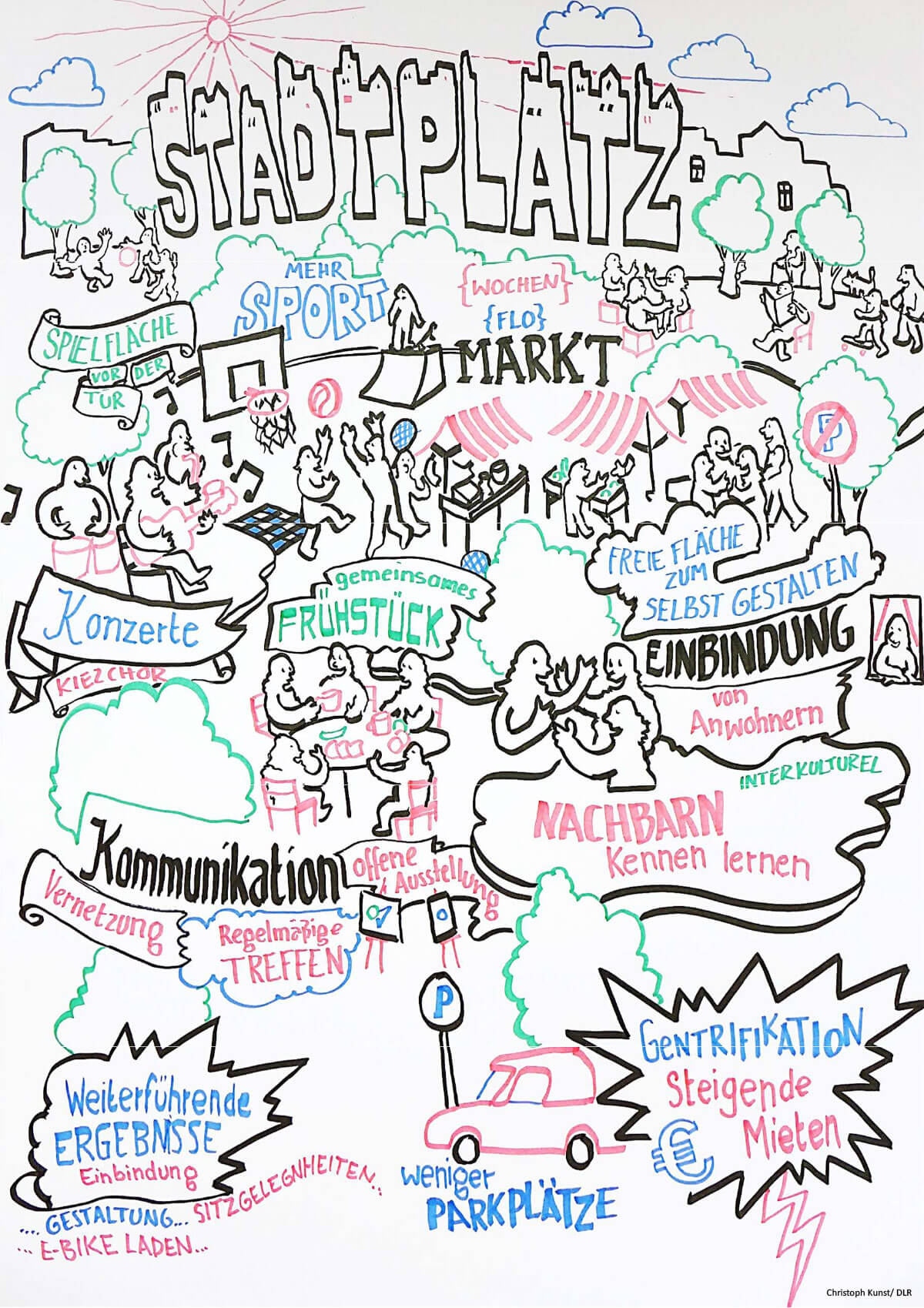 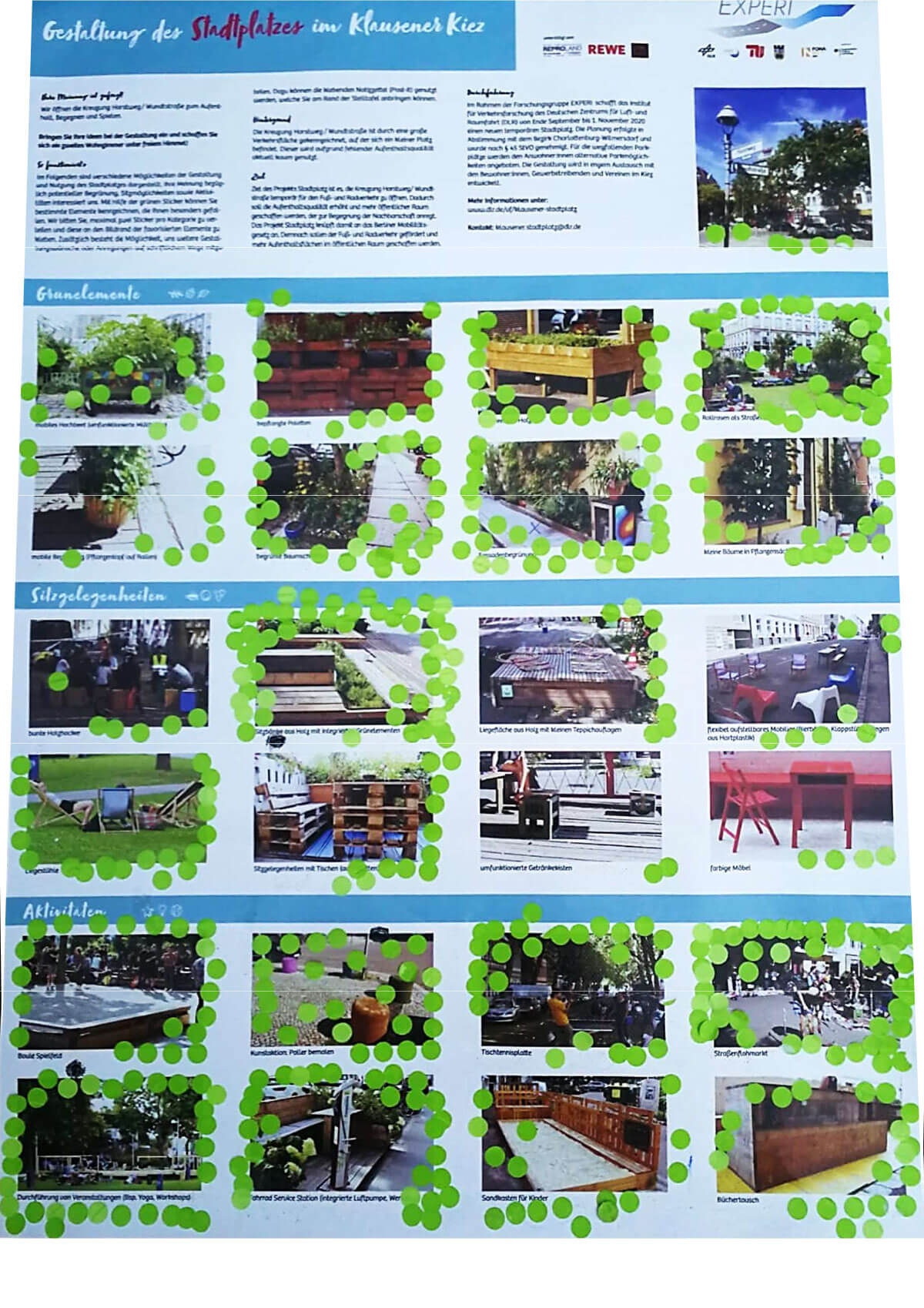