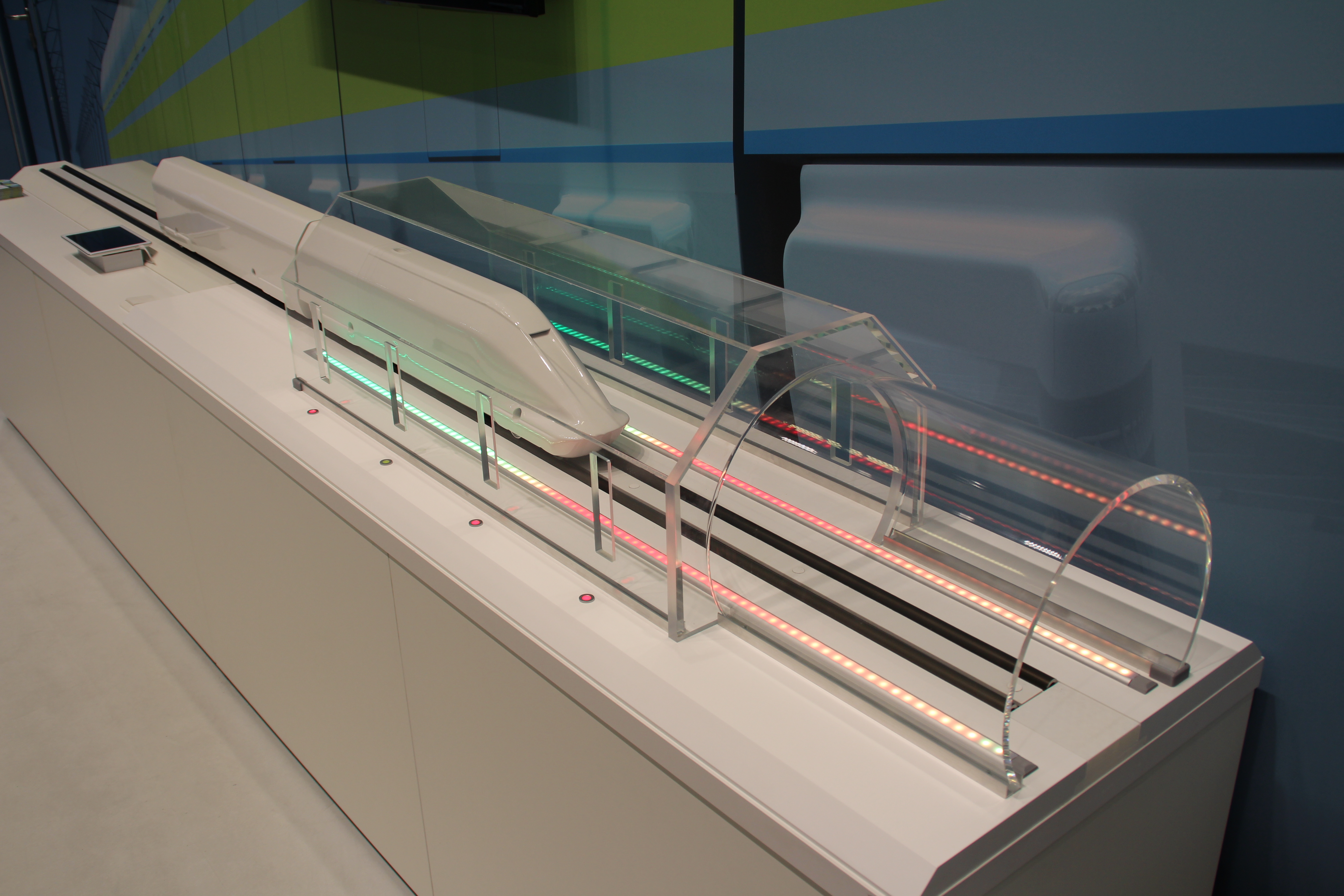 The exhibit displays the NGT cargo on a scale of 1:25 on a short rail segment in front of an extended tunnel portal equipped with a ventilated hood. This setup demonstrates how aerodynamic effects are investigated during the entry of a high-speed train into a tunnel in the tunnel simulation facility in Göttingen (TSG) at model scale. When the train enters the tunnel, pressure waves are generated which run into the tunnel at the speed of sound.

This can create heavy loads on the infrastructure in the tunnel and, in longer tunnels, so-called micro-pressure waves can occur emitted to the environment as a disturbing bang at the other end of the tunnel. Both effects are undesirable and must be avoided in normal operation as far as possible. For example, extended tunnel portals with hoods are used to attenuate the pressure waves.

These hoods have a slightly larger cross-section than the actual tunnel and are equipped with openings from which the air can escape to the side or upwards. The model experiments in the facility TSG serve, on the one hand, to understand the physical processes involved in the formation of pressure waves and, on the other hand, to validate and further develop theoretical and numerical methods. The latter are used for the design and optimization of new tunnel portals.

The exhibit is intended to illustrate how the portal hoods with openings work. At the same time, it shows how pressure waves are experimentally investigated at model scale. The operation of the facility TSG will be presented including different measuring techniques used in the experiments. 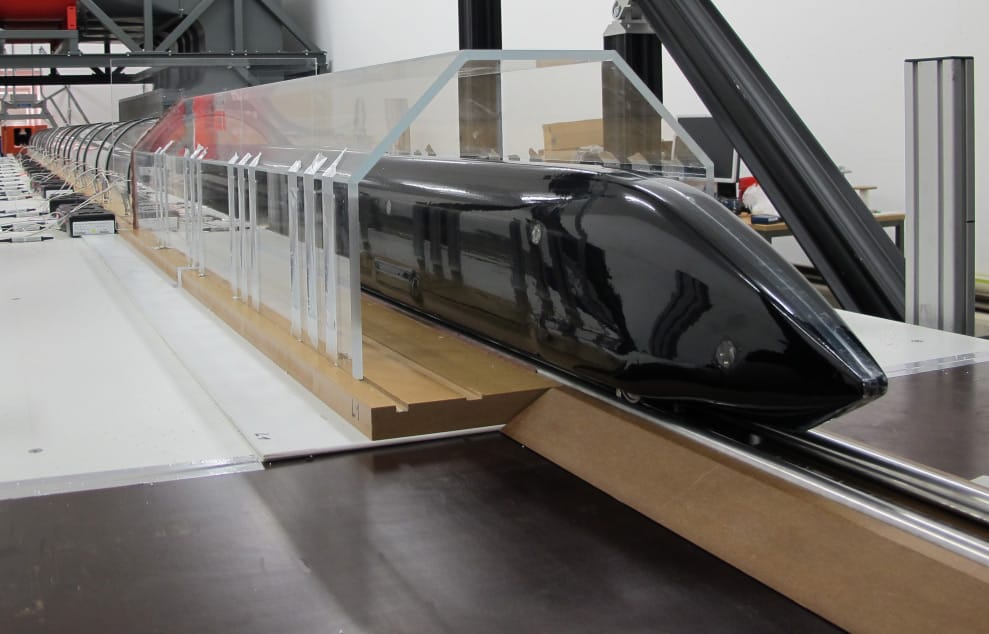 The first photo shows a model of the NGT entering the model tunnel in the moving model facility TSG. The model tunnel has a length of 10 m and is equipped with a 1.7 m long portal hood. The pressure profile in the tunnel is measured by means of pressure sensors. 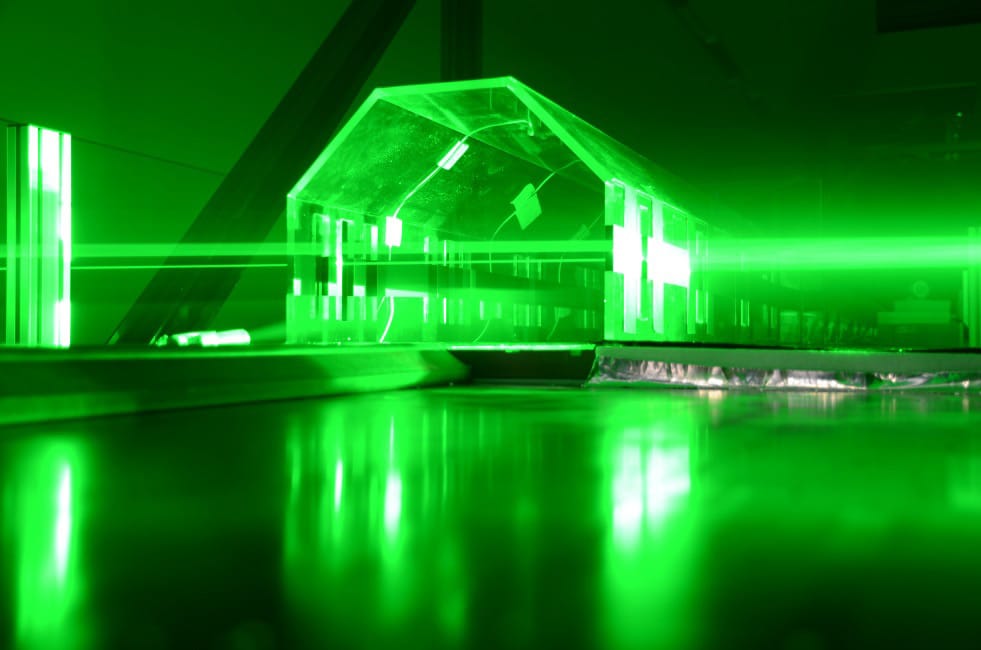 The second picture shows the laser-illuminated portal model. This laser light is used in optical methods to determine the flow velocity. This method was used to measure the flow from the openings in the portal hood at the entrance of the train models. Corresponding results will be presented on the basis of the exhibit.