The demonstration model shows an implemented dynamic coupling system developed at DLR, using the example of the next-generation high-speed train (NGT HST) and the NGT CARGO freight train. The dynamic strengthening and weakening of a train composition allows for the following functions:

Visitors to the trade fair will be able to control the leading car in an electronically coupled train composition and manipulate the distance control between the two vehicles. The model will furthermore present the coupling and de-coupling sub-processes. The aim is to make this innovative process ‘tangible’ for fair visitors.

Use of the existing rail network can be increased if the coupling of trains takes place during the journey using a rendezvous manoeuvre while moving (including track changes). In any case, such trains are no longer mechanically coupled, but rather coupled remotely, such that a leading vehicle controls one or more following vehicles using an electronic connection. This operational method is also referred to as dynamic or virtual coupling.

The remotely coupled train arrangement is treated as a train by the signalling systems. This means that the relative braking distance is maintained within the train composition, but with additional electronic safety. Other train assemblies are driven using an electronic display. In order to increase the line capacity, train compositions may even be created with different rail vehicles using a standardised radio interface. This pooling of passenger and freight transport makes it possible to optimise use of the existing line capacity.

An ‘automatic dispatcher’ in a control centre is used to carry out the rendezvous manoeuvres. The dispatcher determines the feasibility of the rendezvous based on the traffic situation and calculates the speed trajectories for the trains to be coupled are calculated. When the direct data communication and spacing between the trains is stable, control is once again transferred to the leading car. Within the train composition, all of the vehicles use their own sensor data to calculate the dynamic state of the preceding vehicle for the purpose of direct distance spacing. In addition, the dynamic state of the leading car is transmitted to all the vehicles. 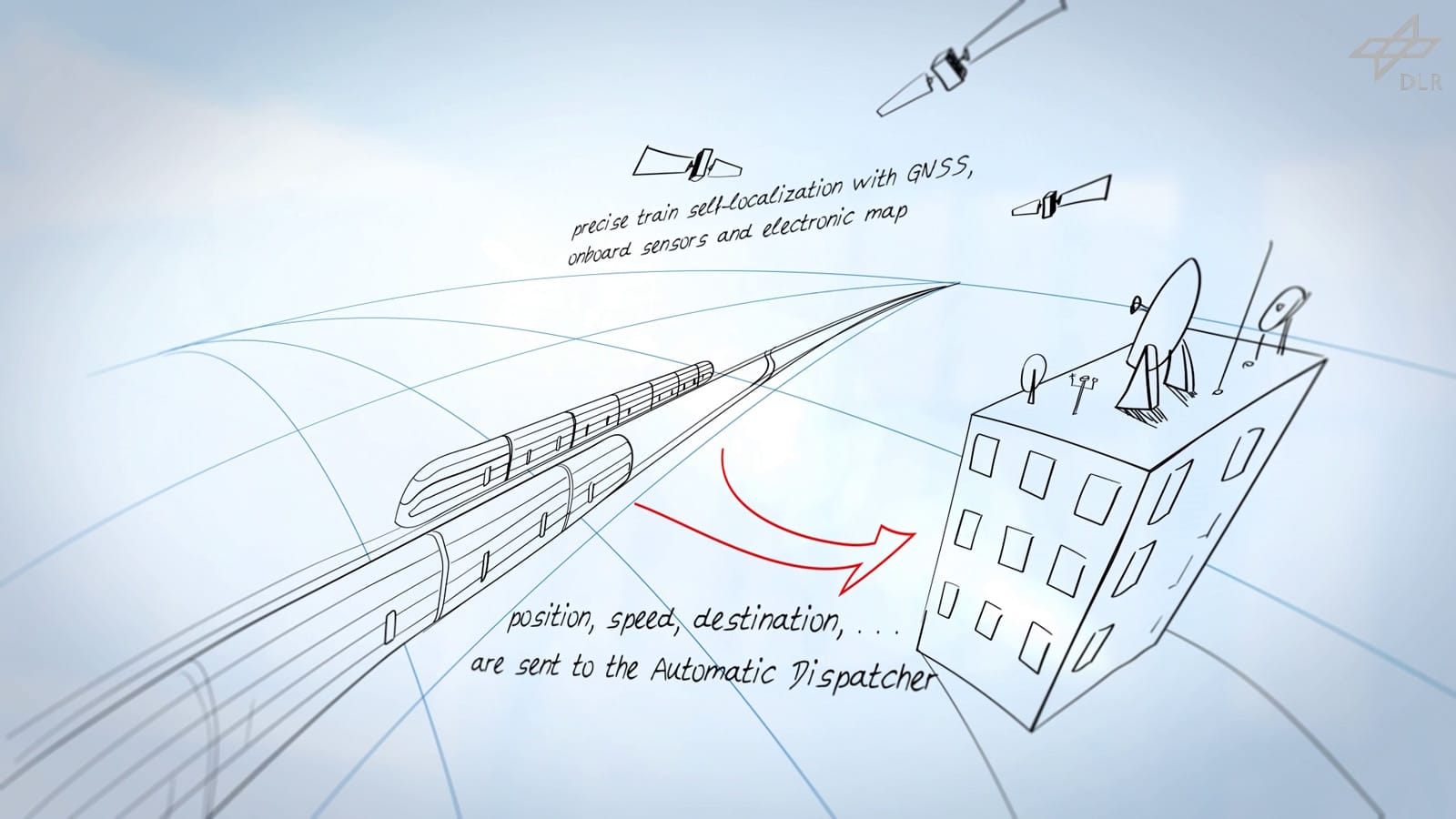 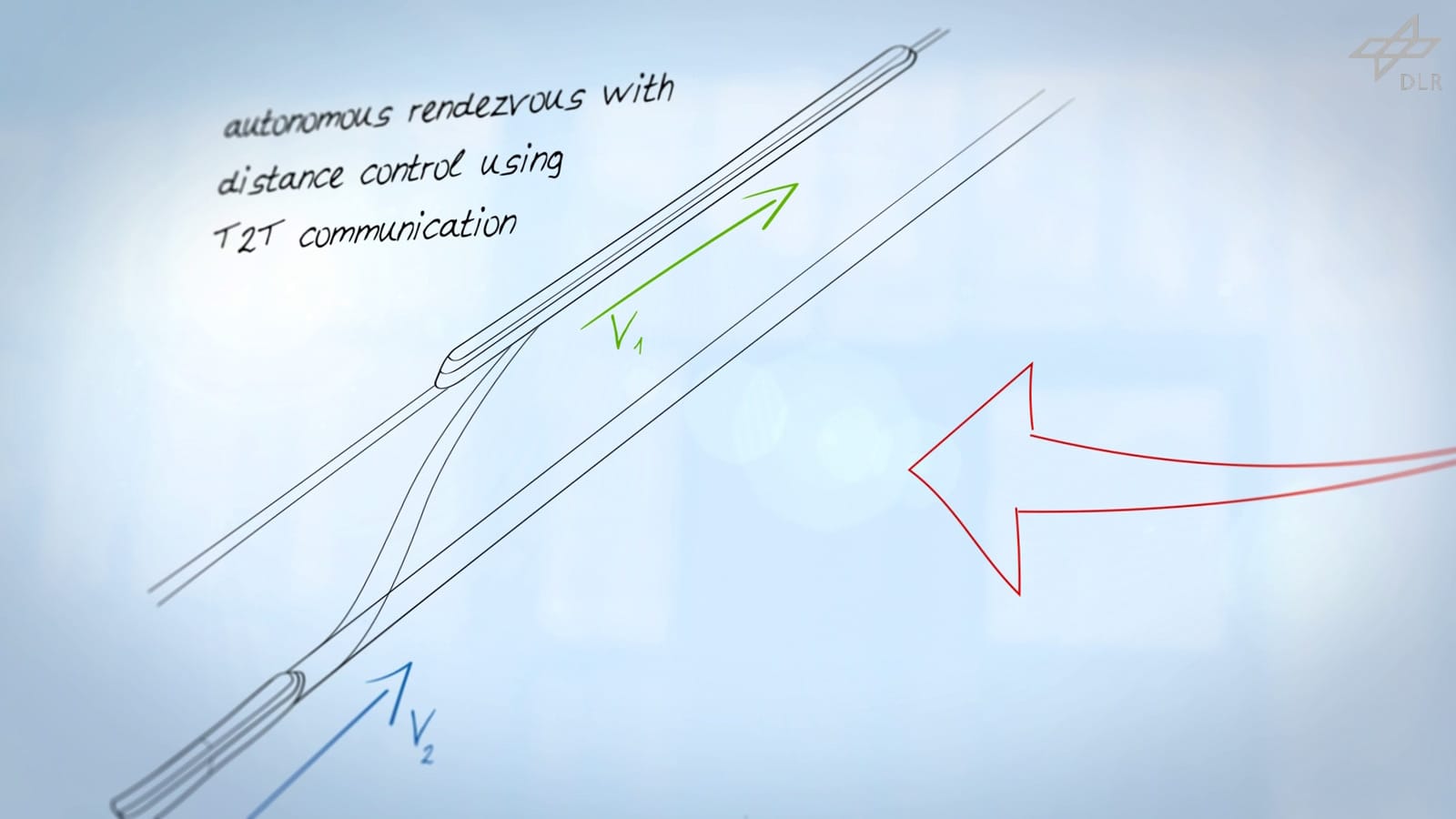 The electronic coupling system essentially consists of sensors for measuring the absolute and relative positions, speeds and accelerations, as well as wireless data transmission. This was already the object of research at relative speeds of up to 500 kilometres per hour carried out in 2016 by DLR and the Italian operator Trenitalia as part of the EU Roll2Rail project. In addition, a digital route map is required to determine the position on the track and the distance between the trains. The controller of the leading car is governed by the distance control for the vehicles that follow it, such that the heaviest following vehicle with the lowest braking power determines the braking distance of the train composition. DLR has developed such a distance control system in recent years. The possible and optimal distance within the train composition is currently also the subject of scientific research at DLR. 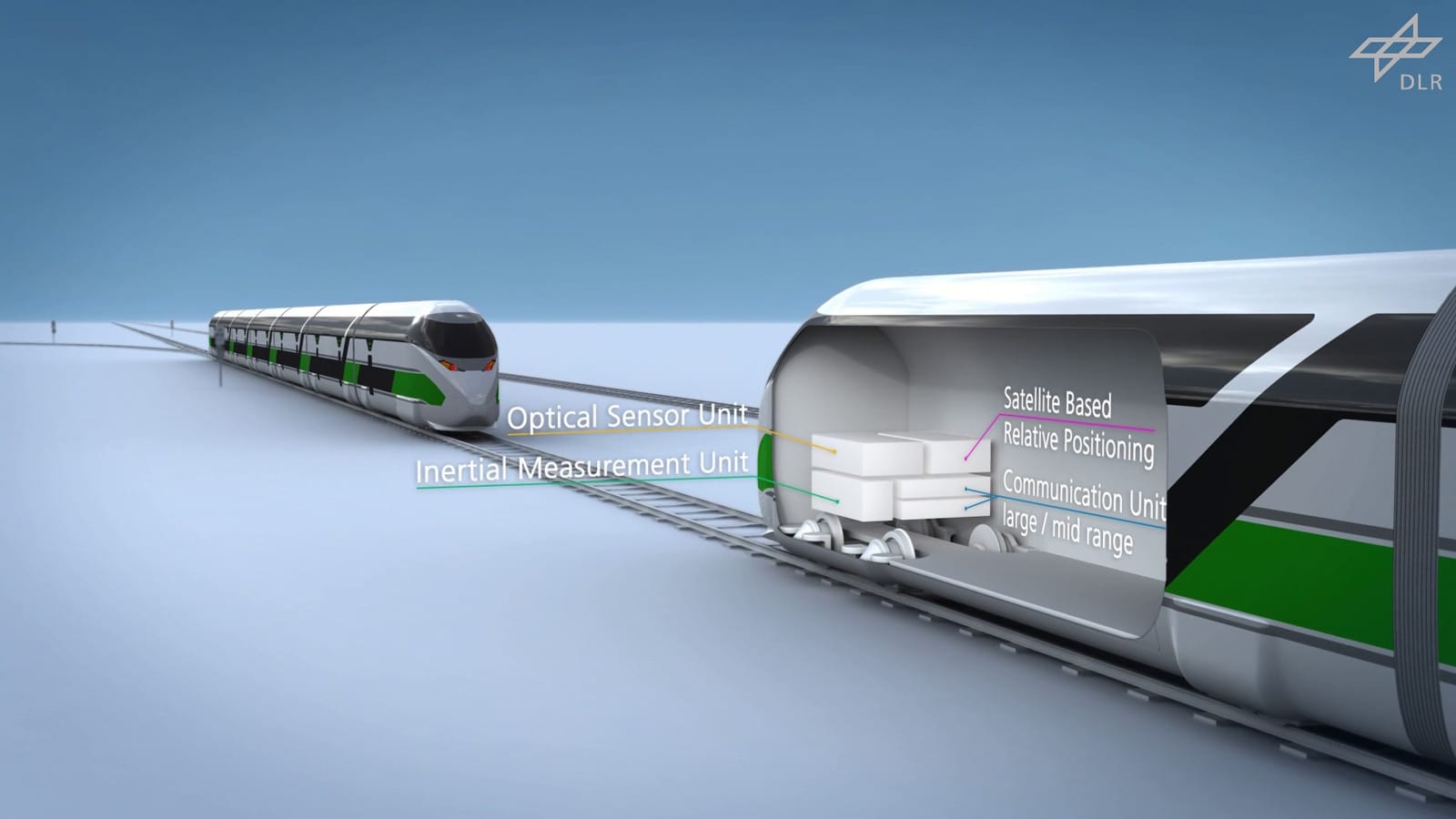